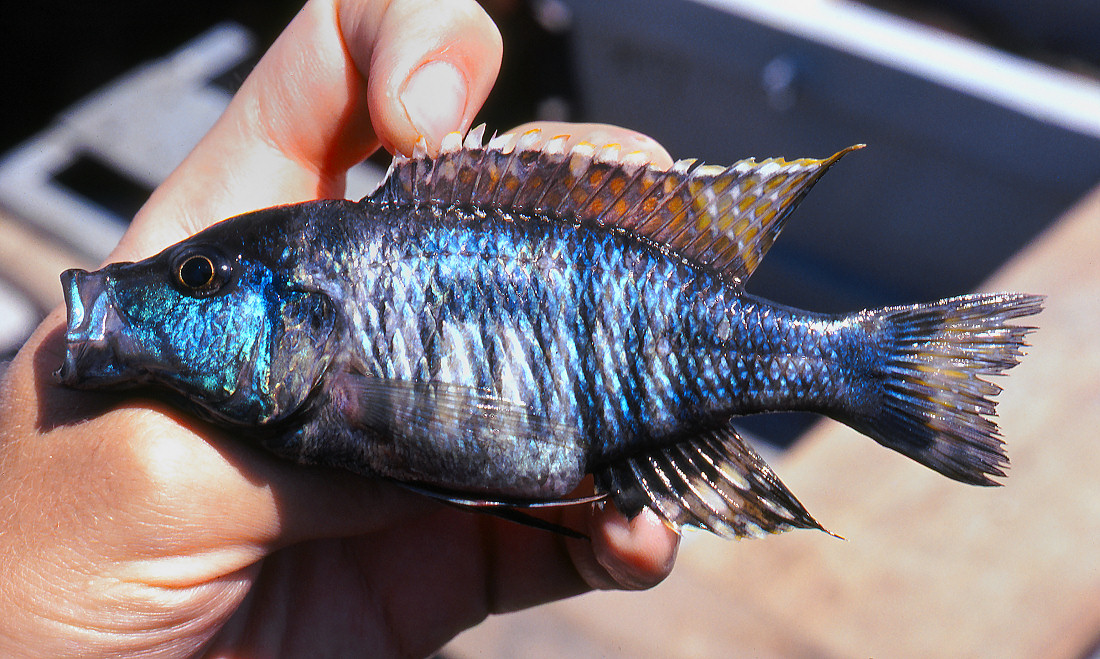 Above: Otopharynx brooksi Oliver, 1989: A paratype male 115 mm SL, in USNM, from a depth of 41-67 m (135-220 feet) off the south shore of Thumbi Island West, collected in trammel nets. The snout profile is rather variable in this deep-water species, which has probably never been exported as an aquarium fish. It is one of the "low-spot" members of the genus; that is, the anterior (suprapectoral) spot is situated entirely below the upper part of the lateral line, in contrast to such species as O. speciosus in which this spot extends above the lateral line.

I named this species in honor of evolutionary biologist John Langdon Brooks (born 1920) who, while at Yale University, wrote an influential review paper called "Speciation in ancient lakes" (Brooks, 1950). This seminal work included an early exploration of the concept of species flocks, and Brooks considered the fauna of Lake Nyasa (Lake Malawi) in some detail. Photo copyright © by M. K. Oliver. (More photos below)