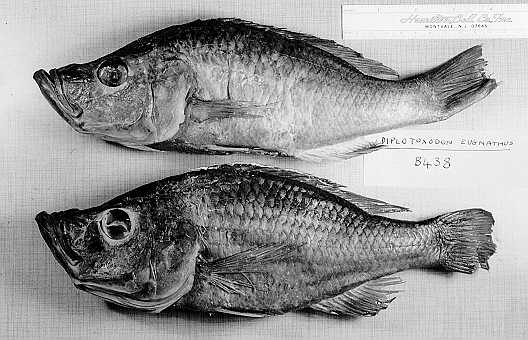 Above: Diplotaxodon greenwoodi (uncatalogued specimens in BMNH, lot B438, from Nkata Bay, with an Iles manuscript name, photographed in 1971). Photo copyright © 1997 by M. K. Oliver. These specimens are not part of the type material of D. greenwoodi, and Stauffer & McKaye (who formally described and named this unusual-looking deep-water cichlid) were apparently unaware of them. They extend the species' known geographic range considerably. The original description was based on only 4 specimens, all from a trawl haul in 86 m (282 feet) depth, 8 km south of Mumbo Island in the Nankumba Peninsula/ Cape Maclear region of southern Lake Malawi. Stauffer & McKaye believe this species to be another paedophage. Below: a drawing of the holotype, a ripe female 198.7 mm SL (USNM 270847); drawing by M. Katz, from the original description (Stauffer & McKaye, 1986). 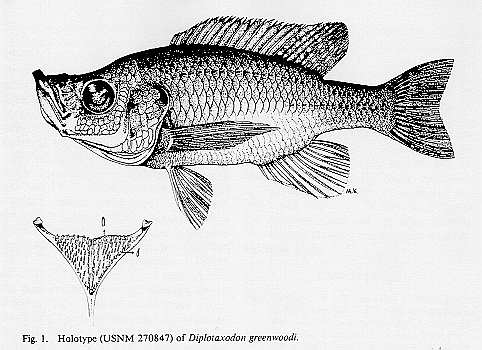