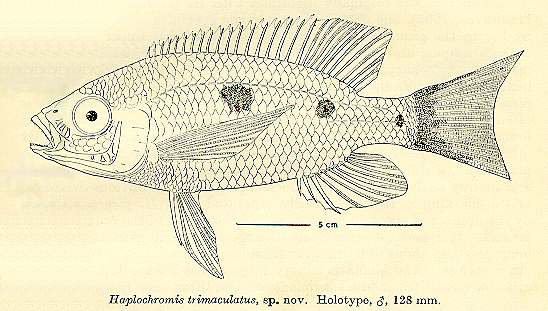 Copadichromis trimaculatus holotype, 128 mm (fork length?), from Iles (1960: fig. 5). Oliver suspects that this species may be a synonym of C. pleurostigma. The sole difference between them appears to be that pleurostigma (originally described only from the holotype) lacks supra-anal and precaudal spots. However, the absence of one or more of the lateral spots is sometimes seen as an individual variant in other "three-spot" species, varying occasionally even on the two sides of the same individual.